News
You are here: Home / News / Vibratory Pile Driver / Learn “What is Vibratory Hammer” from a Manufacturer! 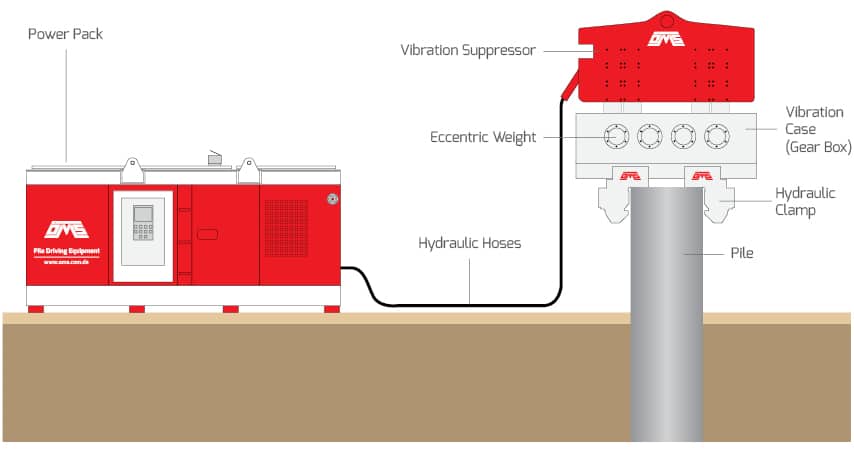 As a vibratory hammer manufacturer we will talk about “what is the pile hammer and how does it work” in this article.

Everyone knows what vibration is. In its simplest form, vibration can be considered to be the oscillation or repetitive motion of an object around an equilibrium position. The word comes from Latin word “vibrationem” which means “shaking, brandishing”. Now that we have looked over vibration concept, let us pass to vibro hammer technology.

What is Vibratory Hammer?

To begin with, let us make you familiar with the concept of pile hammer, areas of its use and advantages. Vibro hammer is a machine used to drive tube and sheet piles in/out of the ground for constructing structures like bridges, harbours, roads, airports, canal works and so on. So they are quiet and have many advantages compared to traditional pile drivers which use a large weight to strike the pile. As an example, the greatest advantage is that vibratory hammers can drive and extract piles much faster. Besides this, they are small and lightweight, environmentally friendly and they can be used underwater. Moreover, in some vibratory hammers vibration can be fully controlled, which is a necessity if the work has to be carried out in residential or historical places.

Because vibro hammers use spinning counter-weights to create a vibration to the pile the resistance of the ground is reduced with vibration and by changing the formation of the ground. The vibratory piling machine transfers vertical vibrations to the pile via the hydraulic clamp. This, in turn, transfers vibration to the ground which reduces the friction between the pile and the ground. In other words, the high-speed vibration causes the soil to actually “liquefy” allowing the pile to be driven or extracted with less force. As a result, the pile is driven into the ground by a combination of the vibrator’s weight and centrifugal force it creates.

What is Vibro Hammer

The vibration suppressor assembly is mounted to the top of the vibration case to isolate vibration to the crane and permit pile extraction. 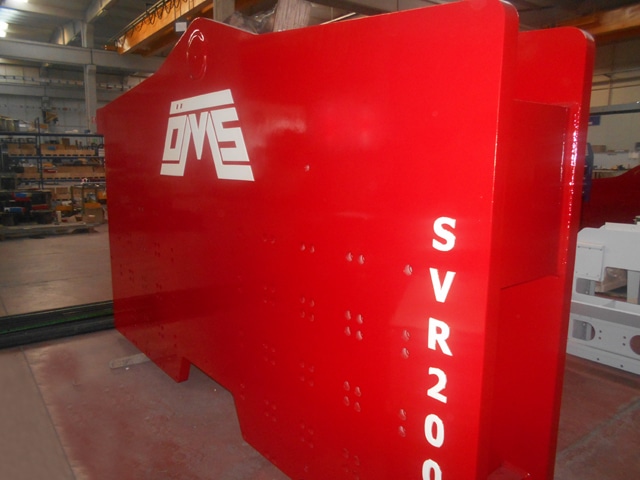 The eccentrics and motor shafts are mounted in a heavy-duty cylindrical bearing. The gear and bearing lubrication are provided by the radiator located in the Power Unit. There are oil pumps, installed to vibration case, circulating the oil between vibration case and radiator to reduce the oil heat in the vibration case. 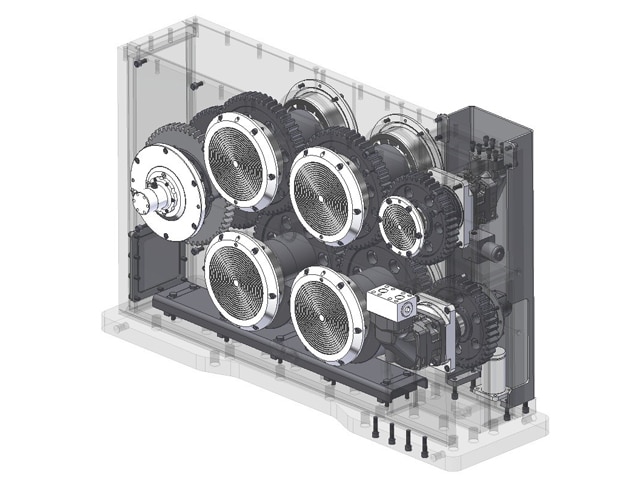 Click to See Hydraulic Clamp Types and Their Technical Details 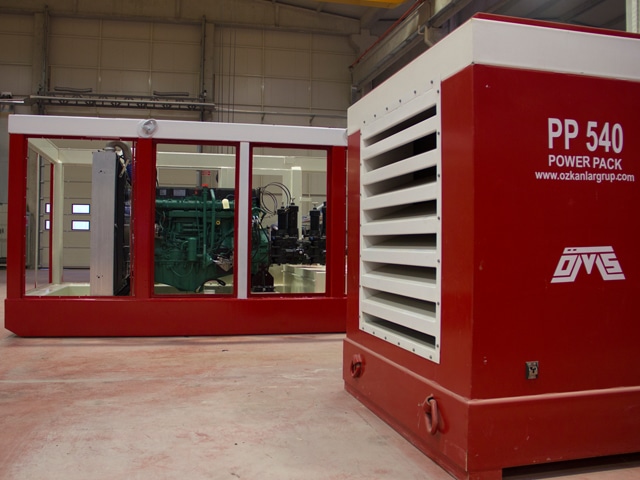 If you are interested in vibratory hammer manufacturer you may also want to learn about production process of vibro hammer in our manufacturing facility. Using our 30 years experience in this field we can perform special design and production to meet customers’ needs and requests.

Vibratory pile drivers are used to build harbors, bridges, airports, buildings, roads, rails, infrastructure, solar power, wind turbines, walls and many other foundation types. Vibratory pile drivers are modern and popular machinery for pipe, sheet and wooden piles. The most prominent feature of vibratory pile drivers is the sound power level. Impact hammers are very noisy owing to the fact that they make use of overweight to impact. However, vibratory hammer drivers are lighter and much faster as they do not apply extra force to the ground. Therefore thet are more preferable in urban areas and downtowns.

Want to join the discussion?
Feel free to contribute!

Decide which cookies you want to allow.You can change these settings at any time. However, this can result in some functions no longer being available. For information on deleting the cookies, please consult your browser’s help function.Learn more about the cookies we use.

With the slider, you can enable or disable different types of cookies: